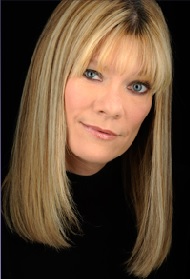 While growing up in upstate New York,  Christine began piano lessons at age 7, later studying with Vivien Harvey Slater, artist-in-residence at Colgate University.  During that time, she cultivated her ability to play by ear and learned all the pop music she could, while accompanying musical theater and regional beauty pageants.

After piano studies at Belmont University, where she earned her bachelor’s and master’s degrees in music, Christine began a 20-year career as a freelance composer, pianist and private teacher based in central Florida.

Christine has been a pianist for Star Clipper Cruise Lines, and has performed for corporate, private and wedding events in many central Florida resorts, including a 1995-2001 weeknight engagement at the Orlando Marriott Downtown.  Other pop performance venues include the Peabody Hotel, Westin Grand Bohemian, Lee’s Lakeside, Rosemont Country Club, Wyndham Palace, and the Ritz Carlton.

Christine is an active composer, published by the Neil A. Kjos Music Co. and Ivory Zone Music®.  Her solo piano composition, “Twilight Interlude,” won first prize in the Florida League of American Pen Women Music Competition.  She has presented composition workshops, including a presentation at the Florida State Music Teachers Association 2006 State Conference.  She was named to the Sigma Alpha Iota American Composers Bureau in 2007.